After you complete the form, you will be taken to a page where you can view the webinar on-demand.

Phyllis Wolfram, the president of the Council of Administrators of Special Education (CASE), will join eLuma to present a webinar entitled, “Reinventing Special Education in 2019.” The presentation will focus on the current state of special education, what national organizations like CASE & the CEC are doing to make it better, and how special educators can become more involved to make a big difference. 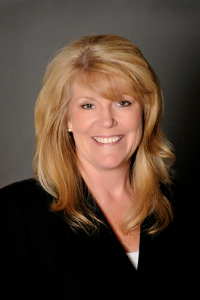 Phyllis Wolfram is the Executive Director for CASE, the Council of Administrators of Special Education. She has worked in public education for 37 years. Phyllis’ administrative experience spans 29 years in the field of special education administration at the local level. She has been a local special education director in three different districts ranging in size from a small rural district to the largest urban district in the state of Missouri. In addition, she has experience in the area of gifted education, Section 504, ELL and early childhood. Phyllis served as the President of CASE from July 2018 to March 1, 2020, resigning her position early to assume the role as Executive Director for CASE. She also served as the chair of the CASE Policy and Legislation Committee for three years, chaired the CASE Ad Hoc Committee on IDEA Reauthorization in 2010, and served as a member of the CASE Task Force; Design for the Future, 2005. Phyllis has also served on the Board of Directors for the Council for Exceptional Children and the CEC IDEA Reauthorization Workgroup. In addition to her work at the national level she has served as the MO-CASE President (2006-2008) and the MO CEC President (1998). In 2017, Missouri CASE honored Phyllis with the Distinguished Service Award and in 2018 CASE honored her with the Harrie M. Selznick Distinguished Service Award.