September is Suicide Prevention Awareness month and here at eLuma, we are deeply committed to bringing more awareness to this critical issue. Unfortunately, this crisis continues to grow and here’s what we know:

While these numbers are alarming, there is also hope. If we can identify and support young people who are experiencing mental health symptoms, including thinking about suicide, we have an opportunity to help prevent tragedy. There is a large gap between the number of young people thinking about suicide (about 1 in 10) and the number who die by suicide (1 in 10,000). In other words, there are 1,000 young people currently struggling with the idea of ending their life for each young person lost to suicide. Most importantly, that means that there are 1,000 opportunities to provide understanding and support to those experiencing difficulties.

With this in mind, we’re doing the following to help raise awareness and make a difference.

To register and learn more about these not-to-be-missed webinars, go to eLuma Webinars.

During this month, Dr. Greg Hudnall from HopeSqad will also provide guest posts on the eLuma Blog to address different topics around suicide:

As a way of giving back to this critical cause, eLuma will donate $50 to the National Alliance on Mental Illness (NAMI) for every 30-minute consultation for our mental health services scheduled between September 15 and October 15.

To learn more and schedule your consultation, go to the eLuma Mental Health Consultation page. 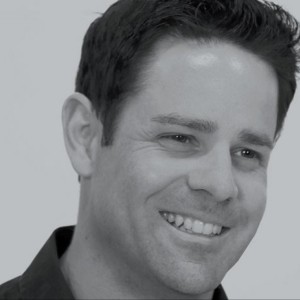 George Dayton is the Director of Marketing & Business Development at eLuma Online Therapy. He earned a Bachelor's degree from Brigham Young University as well as a Master's Degree in Business Administration from the Woodbury School of Business. Mr. Dayton has spent the larger part of his career developing, producing and distributing filmed content for kids and families ( including the award-winning remake of the film Where the Red Fern Grows for Buena Vista Home Entertainment). In more recent years, he has worked on ventures more closely related to children's welfare and education. He served as one of the founding members of Kidnected World, the Student Orphan Aid Program, and also helped launched the Autism Initiative for Vivint Gives Back. Mr. Dayton is passionate about eLuma and its cause, and hopes to help find new ways in which the company can partner with schools to maximize student outcomes!
PrevRead Previous PostWebinar Recap: Moving Special Education Forward Together
Read Next PostUnderstanding Risk and Protective Factors of SuicideNext